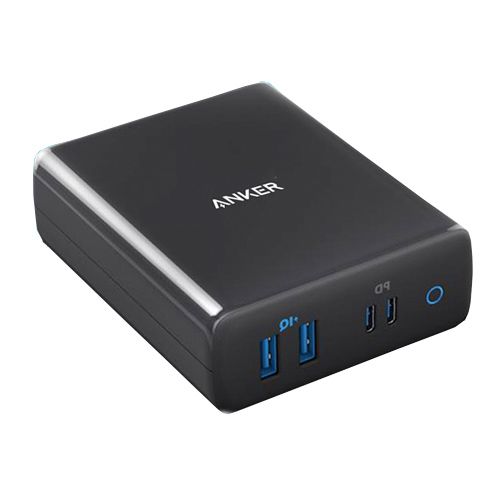 Technology is constantly advancing for betterment. Be it making our lives more convenient or reducing the pollution. One of such products is solar-run gadgets that not only reduce the fuel load on earth but also help in saving big bills on electricity. Today there is a lot of talk about the comparison of electrical and solar devices. And even though I am more in favour of solar devices, I will let you be the judge. This article introduces to the features of two types of chargers one for solar i.e., Anker powerport solar and electrical -powerport atom PD 4.

This charger is made of three polymer faced solar panels sewn into a polyester canvas with a velcro pocket. But that did not worry me, because it all folds down to 1 inch. It is portable enough to be carried easily in the laptop/charger compartment. The velcro pockets has two USB ports with a red LED light to tell you about power. The charging is equipped with PowerIQ technology and it matches your device’s charging speed up to 2.4 amperes or 3 amperes. Since it is a solar charger, the end efficiency would be dependent on the sun’s angle. I won’t say that it is as efficient as a wall charger as it takes longer to charge your device owing to the variables attached. But if you are someone who enjoys a hike now and then, then this is a good device to opt for. Anker powerport solar comes with a warranty of 18 months. It is compatible with most Apple as well as Android smartphones, tablet and other USB charged devices. Except Asus tablets, iPod Classic, HP TouchPad,iPod nano.

It is more of an Apple-centric device. The compatibility includes USB-A and USB-C phones, tablets, laptops, including the 16-inch MacBook Pro, 2018 MacBook Air, and 13-inch Dell XPS. The selling point for this device is its speedy charging and appearance. It comes in a white casing with a blue LED and AC power cable. The front has four ports. The usage is flawless with USB-A and USB-C enabling you to save up to 1 hour on charging with USB-C. The charger will distribute power intelligently between all the 4 ports. It gives 100W of power which is a good amount to charge most of your devices at once. Powerport Atom PD 4 is especially recommended if you use multiple devices at once(that includes most of us). And for 16-inch MacBook Pro users.

The end decision between solar and electrical should depend on your nee requirements and usage. When it comes to Solar technology there are a lot of changes that need attention. Researchers are still working on ways to increase the efficiency of solar-powered gadgets. Technologies like controlled fabrication seem like a positive road for this energy. As far as electrical is considered it has been tried and tested and is one of the most efficient in the present time. But the mark it leaves on the planet may not be worth.

Anker Powerhouse Solar Panel Installation Everything You Need to Know!